A country, a bike and a book
In 2005, Amit Reddy rode out on his motorcycle on a journey of over 40,000km across India. At the time, he had no intention of writing a book. However, he did have reams of passionate notes written straight from the heart of an idealistic 25-year-old. When it occurred to him that he could well convert his notes into a book, he had no idea what he was getting himself into. But he had a vision of what his India was, and he decided to see if he could match that ideology with the realities of that long and arduous journey. Keep in mind, his vision was that of a young, urban male living in his “Bangalore bubble”, as he calls it. After years of blood, sweat and tears, Amit finally published his 1200-page dedication to India – Who Stole My India: Revelations, Humiliations and Hallucinations on Two Wheels. Still, nine years and three drafts later, he admits he hasn’t stopped learning about his homeland. Amit cautions that, while you can read any number of books about a country, it’s the journey that makes the story real; everything else is just a Google search away. If you read his book, you’ll know that that’s the absolute truth, because no two people can have the same experiences and opinions.
Words of wisdom from the author? For all aspiring travel writers, Amit recommends writing, reading and then re-writing, to get the most distilled version of what you want to say. For people with good networking skills and a large circle of influence, Amit also recommends self-publishing, which is the way he went. At the end of the discussion, a member of the audience asked Amit, “so who stole your India?” Amit’s reply – “Nobody did, actually. I did it by doing the journey” – pretty much encapsulates what the title of his book stands for. But no spoilers. Buy his book and read it. While it’s entirely up to us to find our private version of India, it’s safe to say, reading about Amit’s is an opportunity you don’t want to miss. 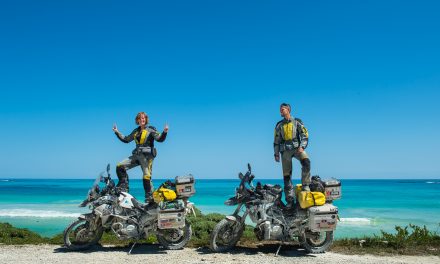 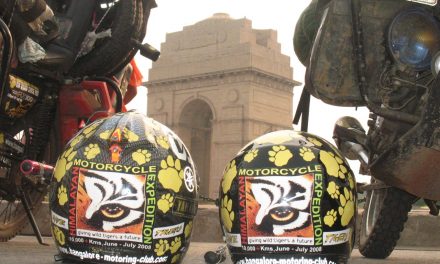 Travelling With a Purpose